Menu
Home » Can You Get No-Fault Benefits…

Can You Get No-Fault Benefits if You Are Hurt Driving Your Car For Work? 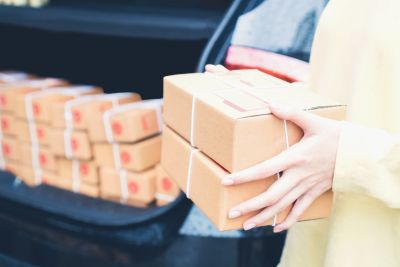 More and more, employers are asking their employees to use their own vehicles on company time. While you may be more comfortable behind the wheel of your own car, it can sometimes raise questions about whether you can get no-fault benefits if you are hurt driving your car for work.

When you apply for mandatory no-fault auto insurance in Michigan, you can expect to be asked whether you use your car for work. That is because most Michigan auto insurance providers offer different policies for personal and professional use. While commuting to and from work should never be a problem, if your employer asks you to drive to meetings, make deliveries, or transport customers, even only once in a while, you should disclose that use at the first application, and every time you renew your policy. If you don't you could run the risk of the insurance company denying you no-fault benefits when you need them most.

That's what happened to Amy Maurer. She was catastrophically injured while driving her car for work as a part-time mail-person for the United States Post Office (USPS). When her husband originally applied for no-fault insurance in 2006, he told the insurance agent that Mrs. Maurer used the car to deliver mail for a half day on some Saturdays. But when the application was prepared it said "Any vehicles used in any business? No." Maurer pointed out the error, but the agent told him not to worry about it. In 2012, when Mrs. Maurer replaced her vehicle, Mr. Maurer again informed the agent that the vehicle was used partially to deliver mail, but again the application said otherwise.

Then in December, 2012, Mrs. Maurer was struck while delivering mail in her family car. Because she was hurt driving her car for work, her medical expenses were first paid by USPS under the Federal Employee Compensation Act (FECA). But when she resolved her third-party personal injury lawsuit against the at-fault driver, USPS was repaid from the settlement, and her auto insurance company was required to repay her no-fault benefits.

The auto insurance company denied the benefits nearly 2 years after the accident because it claimed Mr. Maurer had made a "material misrepresentation" — lied — when the application said the vehicles would not be used for any business. Instead, it attempted to rescind the policy and refund the Maurers all the insurance premiums paid since 2006.

The case went up to the Michigan Court of Appeals, and was recently decided in a published opinion, Maurer v Fremont Ins Co. The court noted that Mr. Maurer told his insurance agent about Mrs. Maurer's driving the car for work multiple times. But that's not why the court dismissed the insurance company's claim for rescission. Instead, the court said the insurance company waited too long to file its complaint.

Almost every lawsuit in Michigan has a limit to how long a person can wait before it is filed. When the lawsuit is based on a contract — like an insurance policy — that "statute of limitations" is 6 years. The court said that the insurance company needed to file its claim to rescind the contract within that period. Because the "material misrepresentation" cited was on the original application for insurance in 2006, the insurance provider only had until 2012 (when the accident happened) to rescind the contract. Because it didn't send a notice of rescission until 2014, the court said it was too late for the insurance company to cancel the contract.

This decision is a big deal for injured motorists across Michigan. In the last several years, no-fault insurance providers have often used claims of fraud or misrepresentation to avoid paying no-fault benefits to injured motorists. Many of these denials have come because the driver was hurt while driving the car for work but hadn't disclosed the business use of the vehicle on the initial application. Others have to do with accidents not disclosed, traffic tickets not reported, or drivers not included on a family policy.

Until now, these misrepresentation claims have allowed insurance companies to void policies years after the fact, leaving families without no-fault benefits they need to cover medical expenses, lost wages, and other costs after a serious auto accident. This new decision says that, while the insurance company isn't required to investigate the statements on the application right away, if it doesn't do so within 6 years, it could be out of luck.

Cases like Maurer show how important it is to be honest on your no-fault insurance application. If you don't, and you are hurt while driving your car for work, you could be facing a claim denial and an attempt to rescind your insurance policy. At that point, only the statute of limitations will keep you from having to pay your medical expenses yourself.

At Sachs Waldman, our experienced personal injury attorneys are here to help you explore your options after an auto accident. If you were hurt while driving your car for work, we will help you file claims with your employer's insurance, your no-fault provider, and against the at-fault driver to make sure your damages are covered. If you have been seriously injured in a motor vehicle accident, contact our Detroit personal injury law office at 1-800-638-6722.