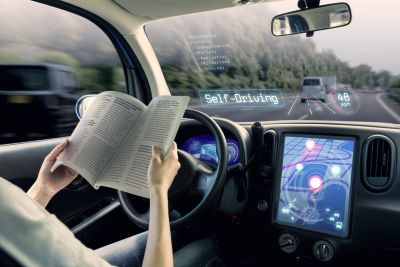 Would you ride in a vehicle with no driver? Fully autonomous vehicles are moving quickly through development in Michigan and other parts of the country. The U.S. Senate is now considering the first national autonomous vehicle regulation for the developing industry. But commentators, including the Advocates for Highway & Auto Safety, say the regulations don't do enough to protect passengers, pedestrians, and other consumers of driverless cars.

The Race for Automation Leaves Safety Behind

Vehicle automation isn't a new concept. Cars and trucks that handle parts of the responsibilities of driving have been on the road for years. Cruise control is now often a standard feature, and parking assistance and lane assistance is becoming common in higher end models.

In spite of this, the automotive industry has yet to master the fully autonomous vehicle. But they are getting closer. Driverless vehicles are being tested in Metro Detroit, Pittsburgh, and Arizona. For a brief period in 2016 you could even hail a driverless Uber. But ride share company and several other developers have put the brakes on in recent months, after a series of accidents raised doubts that autonomous vehicles were ready for the road.

The National Transportation Safety Board (NTSB) is in charge of investigating the cause of transportation accidents. Since autonomous vehicles hit the road, they have had a number of crashes referred to them:

Tesla's "Autopilot" features heavily in the NTSB investigations. This is a feature that allows the vehicle to assume steering, acceleration, and braking responsibilities from the driver under certain conditions. However, Tesla warns that drivers should still pay attention and be ready to assume control to avoid a crash.

This list of crashes raises concerns for many personal injury attorneys and consumer advocates. They see challenges ahead for motorists injured in autonomous vehicle accidents. Most car crash cases are based on the relative fault of the drivers. In Michigan, no-fault auto insurance covers medical expenses, and three years of lost wages, attendant care, and replacement service costs no matter which motorist is responsible. But the most serious injuries still allow for fault-based lawsuits to recover non-economic damages and other losses not covered by the auto insurance policy.

When there is no other driver to assign fault to, however, those lawsuits get more complicated. Personal injury lawsuits against drivers of a vehicle with "Autopilot" combine questions of driver fault with product liability concerns over whether the program was properly designed and operating correctly. This will make auto accident cases more complicated, and possibly more expensive for injured motorists, especially without careful federal regulation.

Early in the 2017-2018 legislative session, Senators John Thune of South Dakota and Gary Peters of Michigan put forward the American Vision for Safer Transportation through Revolutionary Technologies (AV START) Act, Senate Bill 1885. A similar bill was passed in the House of Representatives, called Safely Ensuring Lives Future Deployment and Research in Vehicle Evolution (SELF DRIVE) Act on September 6, 2017. If the Senate votes in favor of the AV START Act this year, the reconciled law would be the first nationwide autonomous vehicle regulation.

The bill was referred to the Committee on Commerce, Science, and Transportation in late November 2017, where it was significantly revised. Commentators believe there will be a push to pass the law before the end of the legislative session.

The AV START Act has been met with some significant resistance by consumer and safety advocates who are worried the law does not do enough to protect consumers and users of the vehicles. A report by the Advocates for Highway and Auto Safety show that 69% of consumers are concerned about the safety of autonomous vehicles. Over 80% believe Congress should wait for the results of the NTSB investigations before passing any law regulating driverless cars.

John M. Simpson, of the Consumer Watchdog's Privacy and Technology Project went even further. In an opinion editorial in the Detroit News, Simpson said:

"Unfortunately, the Thune/Peters bill instead places the profits of the auto and tech industries first, not our safety."

Simpson sites to the fact that the bill does not require autonomous vehicle manufacturers to obtain safety certification before selling their driverless cars to consumers. He also noted that the National Highway Traffic Safety Administration (NHTSA) would not have authority to halt driverless car sales if the agency discovered dangerous manufacturing or design defects. Rather than adopting the AV START Act, Simpson called on lawmakers to "establish robust safety protections" that will stand as autonomous vehicle regulations for the foreseeable future.

The debate over whether the AV START Act is the right autonomous vehicle regulation continues, but whether or not the law is passed, people will still be injured by driverless vehicles. At Sachs Waldman, we have extensive experience helping auto accident victims recover insurance benefits and fault-based damages. We can help you understand your rights after a car crash, from the driver, or the autonomous vehicle manufacturer. Contact our Detroit personal injury law office at 1-800-638-6722.