Menu
Home » Parents: What to Do if Your Ch…

Parents: What to Do if Your Child was Hurt in an Auto Accident 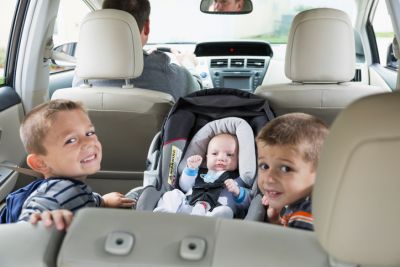 Seeing your child injured and in pain is one of the worst experiences a parent can have. After a car crash, parents shouldn't have to think twice about getting their children the medical care they need. They need to know what to do if their child was hurt in an auto accident.

The Michigan No-Fault Act is designed to cover everyone injured in a motor vehicle accident in Michigan. That includes children and other non-drivers. If your child was hurt in an auto accident as a passenger, or was struck by a vehicle while riding his or her bike, crossing the street, or even playing in your front yard, the law allows you to file a no-fault insurance claim on your child's behalf.

Unless you have a teenage driver at home, your children probably won't be named on your insurance policy. However, that doesn't mean you can't receive auto insurance benefits if your child was hurt in an auto accident. The Michigan No-Fault Act says that children and other uninsured non-drivers can be covered by the policy of a direct relative living in the same residence. Generally, that means your child's injuries will be covered under your insurance policy.

However, in cases of shared custody or divorce, which parent's policy applies can sometimes raise issues. Michigan courts have said that a child can only have one primary residence for auto insurance purposes. If your child was hurt in an auto accident, you will need to go back to your custody order to determine whose residence, and therefore whose insurance policy is primary. Whoever has more overnights - even just one more day - that is the parent whose auto insurance policy applies.

An injured child is entitled to all the same no-fault benefits as an insured driver:

Unfortunately, their claims are also susceptible to all the same insurance industry defenses. That means when your child is hurt in an auto accident, your own bad acts can sometimes cut your child off from his or her claim for no-fault benefits. However, a recently published Michigan Court of Appeals case, MEEMIC Ins Co v Fortson, explains that your child will be an "innocent third party" to your insurance contract, and sometimes that will protect claims from the insurance company's fraud defenses.

Justin Fortson wasn't technically a child when he was thrown from the hood of a vehicle and suffered a traumatic brain injury. At age 19, he may have been a driver himself. However, he was still covered by his parents' auto insurance policy as a resident relative. Because of his head injury, Justin required constant supervision. For years, his parents submitted claims for attendant care no-fault benefits, and the insurance company paid them.

Then in 2014, MEEMIC reviewed Justin's file. It found out that he had been in jail for traffic and drug offenses, and had received inpatient treatment for substance abuse, but Justin's parents had claimed 24/7 attendant care costs for the same period. Claiming that his parents had committed auto insurance fraud, the insurance company cancelled the benefits and sued Mr. and Mrs. Fortson to recover the over-payment.

Michigan courts in recent years have said that insurance industry fraud defenses allow the companies to void policies and deny benefits when they discover their insured customers have committed fraud. That could include:

However, in MEEMIC Ins Co v Fortson, the Michigan Court of Appeals said what Justins' parents had done was different. The Fortsons' attendant care fraud didn't affect the creation of the insurance policy. Instead, it happened after the fact. Because Justin didn't participate in the fraud, or even directly benefit from it, the court said the insurance company could not cut off Justin's right to receive ongoing no-fault benefits for expenses he did actually incur.

Parents make decisions that affect their children every day. However, when your child is hurt in an auto accident, it may not occur to you that statements made years before could affect his or her claim to no-fault benefits. At Sachs Waldman, our experienced personal injury attorneys know how to respond to the insurance companies' affirmative defenses. We will help you develop your case and protect your child's right to no-fault benefits. If your child has been seriously injured in a car accident, contact our Detroit personal injury law office at 1-800-638-6722.