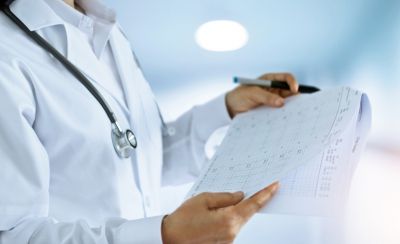 After an auto accident, injured motorists don't want to have to think about medical bills. Michigan's No-Fault Act is designed to make sure insurance companies pay for your medical expenses, lost wages, and other covered losses. But when lawyers get creative, it can leave gray areas in the law for the courts to sort out. A new Michigan Court of Appeals decision protects patients' right to assign no-fault benefits after an auto accident. Here's what that means, and why you should care.

Michigan auto insurance law has been in turmoil for the last year, since the Michigan Supreme Court ruled in Covenant Med Ctr, Inc v State Farm Mut Auto Ins Co, 500 Mich 191 (2017), that doctors, hospitals, and other medical providers don't have the authority to sue for payment of no-fault benefits based on services rendered to insured patients. Since then, personal injury lawyers and medical provider attorneys have gotten creative. Many have asked patients to assign their right to collect no-fault benefits to the medical providers so the lawsuits can continue. But could an anti-assignment clause in the insurance contract cut off a patient's right to assign no-fault benefits? A newly published Michigan Court of Appeals decision, Jawad A. Shah MD, PC v State Farm Mut Auto Ins Co, Docket No. 340370, says no.

Why Assign a Patient's Right to No-Fault Benefits?

To understand why the Shah case is important, you first need to know what an assignment is, and why patients may want to assign no-fault benefits to their medical providers. An assignment legally transfers your ability to enforce your rights under a contract to another person. For example, if a tree fell on the car of an active duty military officer the day before being deployed overseas, that person could, in theory, assign his or her right to sue for insurance benefits to repair the car to his or her spouse. That spouse could then file the insurance claim and if the benefits were denied, he or she could sue the insurance company in place of the military officer. An assignment is a complete transfer of rights, so the officer could not sue on his or her own behalf after the assignment is complete.

Covenant put patients back in the middle between doctor and insurance provider. After that Michigan Supreme Court decision, medical providers were forced to collect their payments from patients instead of insurance companies. It was up to the injured motorists to file the insurance claim, and then file a lawsuit when their claims were denied.

For some, this was no big deal. When injured motorists were already suing for denied no-fault benefits for lost wages or replacement services, adding on the medical bills was relatively straight forward. In other cases, doctor and patient may not be on the same page. The patient may be eager to settle quickly while the doctor is more willing to fight for a higher settlement, for example. In those cases, an assignment of a patient's right to no-fault benefits can be a way to let the medical provider seek payment, without bringing the patient back to court again and again.

That's what happened in Shah v State Farm. George Hensley was injured in an auto accident on November 30, 2014. He had no-fault insurance through State Farm, and received treatment for his injuries by Dr. Jawad A. Shah and the other medical provider plaintiffs. Hensley and Dr. Shah each started their own lawsuits: Hensley to receive compensation for lost wages, replacement services, and other no-fault benefits, and the medical providers to collect on their medical bills. Mr. Hensley resolved his case relatively quickly, but the lawsuit for $82,000 in medical expenses continued.

Then, on May 25, 2017, Covenant happened. Dr. Shah and several other medical providers were at risk of having their complaint dismissed because they no longer had "standing" to sue on their patients' behalf. Their attorneys scrambled to avoid bringing Mr. Hensley back into the case. He signed four assignments - one for each medical provider - on July 11, 2017, which gave the doctors:

"all rights, privileges and remedies to payment for health care services, products or accommodations ("Services") provided by the Assignee [the medical provider] to the Assignor [Hensley] to which Assignor is or may be entitled under ... the No Fault Act. This Assignment is for the right of payment for Assignee's charges, only, and not for the right to payment for any other No Fault insurance benefits.

"The Assignment set forth above is for all services already provided to Assignor prior to or at the time of Assignor's execution of this agreement. Specifically, this Assignment does not include an Assignment of any future No Fault benefits."

Dr. Shah and the other medical providers brought the assignments to the court and asked permission to amend their complaints, adding the assigned claims to those they had already filed before Covenant changed the law.

But State Farm said they couldn't do that. The no-fault auto insurance policy Mr. Hensley had purchased contained an anti-assignment clause that said:

"No assignment of benefits or other transfer of rights is binding upon us [State Farm] unless approved by us."

In other words, under the contract, State Farm had the right to approve or reject the patients' right to assign no-fault benefits. At court, State Farm argued that anti-assignment clause prohibited Mr. Hensley from assigning his claims to his medical providers.

The court agreed with State Farm's reading of the contract, calling the language "perfectly clear." But it said an 1880 Michigan Supreme Court decision about a fire and a livery stable (for horses) rendered the anti-assignment clause unenforceable because of public policy.

In Roger Williams Ins Co v Carrington, 43 Mich 252 (1880), a fire destroyed Carrington's livery stable. Carrington had insured the property. After the fire he assigned his benefits under the policy to secure a debt - possibly to repair the stable. The Michigan Supreme Court said:

"It is the absolute right of every person — secured in this state by statute — to assign such claims, and such a right cannot be thus prevented. It cannot concern the debtor, and it is against public policy."

In the 138 years since that case was decided, it had never been overturned. Since the issue here was the same (whether a policy holder can assign his or her right to benefits already accrued after the loss), the Shah court reasoned that public policy protects patients' right to assign no-fault benefits to their medical providers after the fact.

The Shah decision shows how personal injury attorneys sometimes have to get creative to collect No Fault benefits from auto insurance companies. That's why it is so important to have a team of experienced personal injury attorneys to help. At Sachs Waldman, we follow developments in no-fault law. We know how to protect your right to benefits after a car crash. If you have been seriously injured in a car accident, contact our Detroit personal injury law office at 1-800-638-6722.