Michigan Driverless Vehicle Laws Lead the Way, But Leave Liability to the Courts 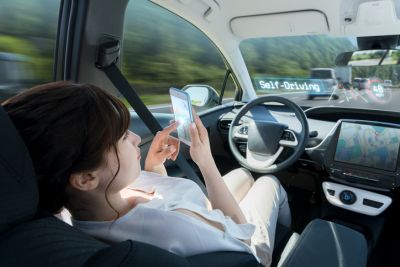 Michigan has become a proving ground for autonomous vehicles. If you live along I-69 or M-14, you could have already seen a driverless car or military caravan traveling beside you. A recent American Bar Association article features Michigan Driverless Vehicle laws as setting the trends nationwide, but important issues, including liability have yet to be decided.

The idea of driverless vehicles has been around for nearly a century. Since the 1920s, automotive manufacturers have tried to find ways to create cars controlled by something other than a human being behind the wheel. As early as 1991, federal and state legislators have wrestled with transportation laws around "autonomous highway and vehicle system[s]". As technology has advanced, driverless vehicles have gone from idea to impending reality. That has left lawmakers trying to find ways to regulate the new industry.

Tech companies like Google and Tesla have been pushing the need for autonomous vehicles for over a decade. They say that, by perfecting artificial intelligence software, they can eliminate crash-causing human errors and move toward the goal of zero traffic deaths. That goal is a long way off. According to the National Highway Traffic Safety Administration, in the two decades between 1995 and 2015, an average of 35,000 people per year died on American roads. From 2005 to 2007, 94% of those auto accidents involved an at-fault driver. The auto industry and U.S. regulators have been working hard to make roads and cars safer, but human-error accidents, including drunk driving, distracted driving, and even sleeping while driving, persist. Damien Riehl, vice president at Stroz Friedberg, a data-breach incident-response company told the American Bar Association:

One of the things making driverless vehicles so frightening is the lack of clear laws governing their use. Many parts of the country have no autonomous vehicle laws at all. Among the 20 or so states with laws on the books, many only cover testing or early-stage information gathering. In some areas, a human driver must be available on standby, even in a fully autonomous vehicle.

Michigan driverless vehicle laws are some of the most advanced in the country. Due in part to the testing occurring at the University of Michigan's M-City testing facility, the home of the Motor City is in the lead for regulating autonomous vehicles. In late 2016, the state passed sweeping, and some say highly permissive laws, allowing driverless vehicles on Michigan roads as long as they comply with the National Highway Traffic Safety Administration's (NHTSA's) Federal Automated Vehicles Policy. Around the same time, NHTSA released its first guidelines for best practices involving autonomous vehicles. Last year, those regulations were loosened, making it easier for developers to get their driverless cars onto Michigan roads. Kirk Steudle, director of the Michigan Department of Transportation told the ABA:

"Our basic premise is to stay out of the car. ... Let's step back and let NHTSA do its job. When your car is certified to be able to go out on the road in the U.S., then it's OK for Michigan."

Liability and Insurance Issues Loom for Courts to Decide

The 2016 Michigan Driverless vehicles law lets the self-driving cars onto the road, but they don't explicitly say what happens once they get there. Important questions – including who is liable when a motorist is seriously injured by a driverless car – have yet to be answered. In the face of Michigan's complex No-Fault auto insurance laws, questions of who pays for the damages caused by defective software appear to be left up to the courts.

Michigan driverless vehicle laws may have set the standard for regulations across the country, but they still leave many questions for motorists and residents. With autonomous vehicles already on Michigan roads, it is only a matter of time before those questions will demand answers in the courts.

At Sachs Waldman, our experienced personal injury attorneys have the know-how to push the envelope in novel Third Party negligence lawsuits. If you have questions about recovering after a serious injury accident, we will meet with you and help you recover all the compensation you are entitled to. Contact our Detroit personal injury law office at 1-800-638-6722.