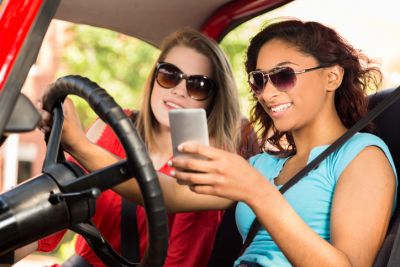 Parents of teenagers have fought to find a balance between freedom and supervision for generations. The very idea of teen drunk driving can give parents nightmares. Now a Michigan bill on teenage drunk driving in the State Senate could give parents a tool to fight underage alcohol use: voluntary interlock devices.

Michigan courts, secretary of state offices, and probation officers have been using interlock devices for years to combat drunk driving. When a person is at risk for drunk driving but still needs to get behind the wheel (to get to work or medical appointments, for example), state officials can order that an interlock device be installed in the person's vehicle. Once installed, the device makes sure the driver is sober whenever the car is in use.

What is an Interlock Device?

Here's how it works. A breath alcohol ignition interlock device is connected to the vehicle's ignition system. To start the vehicle, the driver must provide a "deep lung" sample by blowing into the straw. The device takes a picture of the person providing the sample and then tests the air's blood alcohol content. If that number is above the threshold set by the court – often 0.025 grams per 210 liters of breath – the car will not start. Even after the car starts, the interlock can periodically require retests to be certain the driver's blood alcohol content never exceeds the set amount.

If the driver fails a retest or fails to provide a sample, the interlock device will go off – letting off a visible and audible warning signal, and then shut down the vehicle as soon as it is no longer being operated. To get the car going again, a new clean breath sample must be provided. Whenever the device detects tampering, avoidance, or a failed breath test, the manufacturer is legally required to provide records related to the incident to the Michigan Secretary of State and the court, if appropriate.

Senate Bill 892 Could Make Interlock Devices Available to the Public

Under existing state law, interlock devices can only be sold by manufacturers who have gone through a state certification process, and then only for use through the existing court and secretary of state systems. They are not, as of now, available to the general public. This is in part due to the mandatory reporting requirement. If a person voluntarily installs an interlock system and then fails a breath test, it could result in a violation of his or her Fifth Amendment right against self-incrimination.

Senate Bill 892 seeks to change that. It was presented by State Senator Rick Jones, a Republican representing the 24th District, including parts of Ingham and Shiawassee Counties. The bill would change the law on interlock devices to allow a "Startup Operated Breath Engine Restrictor" (SOBER) device to be sold to the public and voluntarily installed by the vehicle owner. These devices would be calibrated to 0.025 grams of alcohol per 2010 liters of breath. The bill says that if a device has been voluntarily installed, the manufacturer is not required to report failed breath tests. An amendment to the bill clarifies that these voluntary device installations must be visually distinct and cannot bear the raised seal used on state-issued interlock devices.

There may be some adults out there who want to control their own alcohol usage through privately installed interlock devices. However, it seems likely that the largest share of the market for these SOBER devices would be the parents of teen drivers. By installing an interlock device on their child's car, parents can be certain to prevent teenage drunk driving. Sen. Jones told the Detroit Free Press:

“Parents of teenagers and college students have a lot to worry about when they let their children use the family car. . . . Parents should be able to use current technology to stop their children from making a life-changing mistake, without information about that prevented mistake being reported to the state.”

It is possible that future versions of the device could even alert parents to failed breath tests, providing the same information that is now sent to the state.

The bill before the Michigan Senate won't fix the price tag, though. The Free Press reports that interlock devices are expensive, with one model clocking in just under $800 dollars. There are also legal concerns about whether a prosecutor could subpoena the records of voluntary breath tests while investigating a teenage drunk driving incident.

Parents struggling to prevent teenage drunk driving may be able to use a breathalyzer-type SOBER device to monitor their teens' driving if this bill passes. However, the cost, and the legal implications of these records could keep some parents from taking that step.