Hearing Loss After an Auto Accident? You Can Be Compensated 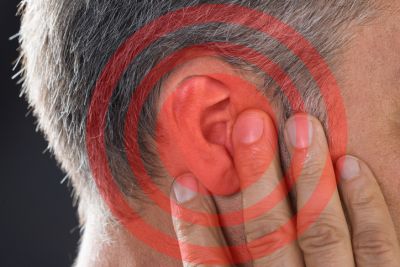 An airbag often deploys with a loud bang and a sudden force. Usually, these safety devices prevent serious injury, stopping a motorist's head from hitting the window or going through the windshield. But sometimes, the airbag itself can cause damage, including hearing problems. When you have hearing loss after an auto accident, you may be entitled to compensation in a Third Party negligence lawsuit.

The Michigan Court of Appeals recently published Patrick v Turkelson, Docket No. 336061, which looked at whether a motorist can be compensated for hearing loss after an auto accident. On February 12, 2013, Lindsey Patrick was pulling out of a Spectrum Health parking lot when Virginia Turkelson struck the driver's side of her car. Lindsey's airbags deployed, including the side curtain airbag just to the left of her head. Lindsey described the sound of the airbag as an explosion that caused her hearing to be very muffled and her left ear to ring.

Over the next several months, Lindsey was seen by an audiologist and an otology specialist who dealt with ear disorders and hearing loss. An initial audiogram indicated she had normal hearing, but a later test revealed "mild high frequency sensorineural hearing loss in both ears." Lindsey was also found to have abnormal acoustic reflexes, meaning that the muscles in her ear were not contracting as they should. Both doctors testified that Lindsey's hearing loss was caused by the airbag deployment in the auto accident.

While the muffled hearing subsided, Lindsey continued to experience tinnitus, ringing, in her left ear. She reported being unable to drive for long periods of time due to the road noise. This caused her to substantially reduce her hours at work. She could not attend concerts, or make out conversations in environments with high levels of background noise. Her husband testified that she would often speak too loudly or too softly and would sometimes respond to questions in ways that made him believe she had not heard him or their children. Lindsey also testified that she was more irritable due to the constant ringing, and that she couldn't go hiking or kayaking because the quiet surroundings drew her attention to the sound.

The doctors' visits, testing, and any treatment for hearing loss after an accident, including hearing aids, are covered by Michigan's mandatory no-fault auto insurance. This insurance pays for any medical costs related to a motor vehicle accident, as well as up to three years of lost wages and replacement services up to statutory limits. However, no-fault insurance does not pay any compensation for the loss of hearing itself or the effect of that disability on a motorist's everyday life.

When no-fault benefits fall short, Michigan motorists often have the ability to sue the at-fault driver directly in a Third Party negligence lawsuit. However, to receive any compensation at all, they must first show that they have suffered a "threshold" injury of

If a person's injuries do not qualify as one of the three, that person will be limited to the recovery available under Michigan no-fault law. The question in Patrick v Turkelson was whether Lindsey's hearing loss demonstrated a serious impairment of body function. To prove that it was, Lindsey needed to present evidence that her disability:

Virginial Turkelson and her liability insurance provider argued that because the hearing tests used by the doctors required subjective self-reporting of the ability to hear pitches, they did not meet the first requirement. The Michigan Court of Appeals didn't agree. The court said that the studies used by the doctors allowed them to observe Lindsey's mild hearing loss. In addition, her husband was able to observe changes in her hearing and behavior as a result of the accident. The court said that was enough evidence that the case had to be put to a jury.

No one questioned whether hearing was an important body function. However, Turkelson did argue that Lindsey's mild hearing loss hadn't affected her life. The court noted that this is necessarily a subjective question. It depends on the person and facts in each case whether, and to what extent, any injury affects the person's day-to-day living. The court noted that Lindsey had presented evidence that she had trouble communicating with her family, driving for extended periods of time, attending concerts, or engaging in outdoor activities. However, it also noted that Lindsey could still hear normal conversations and care for her children. It also appeared that some of her hearing loss had been resolved. The court said this "conflicting evidence" made this the kind of case that needed to go before a jury.

Proving that a motorist should be compensated for hearing loss after an auto accident requires a one-two punch of medical expertise and "slice-of-life" testimony. An experienced auto accident attorney will help you put together the evidence to show that you have suffered a threshold injury, and just how much tinnitus or hearing loss affects your day-to-day life, to ensure that you are compensated for your loss.

At Sachs Waldman, our experienced personal injury attorneys know how to prove serious impairment in a Third Party negligence lawsuit. If an auto accident has left you facing a disability or loss of enjoyment, we will review your case, and your needs, and help recover all the compensation you are entitled to. Contact our Detroit personal injury law office at 1-800-638-6722.