Menu
Home » Who is the Driver of a Driverl…

Who is the Driver of a Driverless Car? 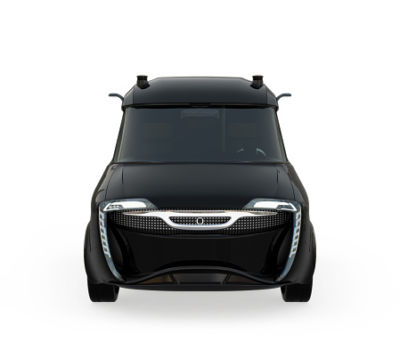 Driverless cars are coming to Michigan. Several companies, including Google, are already testing autonomous vehicles on a testing ground near the University of Michigan. As these vehicles hit the road, legislators, insurance companies, and auto accident attorneys are asking how they will change legal landscape. Who, they ask, is the driver of a driverless car?

Developers of autonomous vehicles are gathering in Michigan. The University of Michigan Transportation Research Institute has created M-City, an urban cityscape driving simulation that allows developers to test autonomous vehicles' responses to everything from stop signs to stray dogs. Nearby, the American Center for Mobility has leased the Willow Run testing facility in Ypsilanti Township and will be converting it into additional testing space, even running vehicles alongside drivers on U.S. 12. New legislation has cleared the way for Uber and other companies to run driverless taxi services, where consumers can order up a ride from a car with no driver.

Some semi-autonomous vehicles are already on the road today. Vehicles can park themselves, maintain speed, and keep themselves within lane markers. But all of these vehicles still require a human driver to function. These vehicles have, from time to time, been involved in crashes while the automated systems are in use. On at least two occasions, those accidents have been fatal. Now that these vehicles could take the next step to become fully driverless, it raises questions about who is to blame when they are involved in accidents.

One of the theoretical benefits of driverless vehicles is removing human error from the process of driving. According to the National Highway Traffic Safety Administration, as many as 94% of all auto accidents can be traced back to human error. Advocates believe that to bring this number down, developers should remove even the possibility of a human driver (by eliminating the steering wheel and accelerator from driverless vehicles). Chris Urmson, technical director of the Google self-driving car project, told NPR:

You wouldn't imagine that in the back of a taxi, we put an extra steering wheel or brake pedal there for the passenger to grab a hold of anytime. It would just be crazy to think about doing that. . . . But I think the idea that you want the person to jump in who hasn't been paying attention or maybe had a couple of drinks with dinner and then jump in to override is probably not the right idea.

But that opens up a big legal question: If there is no human error, who is responsible when one of these driverless vehicles crashes?

In anticipation of this, the Michigan legislature has begun to change the law to address these autonomous vehicles. Late in 2016, lawmakers passed a set of four laws, including 2016 PA 332, a law that regulates vehicles with an "automated driving system." The laws will allow autonomous vehicles to be tested, certified, and sold in Michigan, once certain federal regulations are met by developers. When it comes to liability, PA 332 says:

When engaged, an automated driving system allowing for operation without a human operator shall be considered the driver or operator of a vehicle for purposes of determining conformance to any applicable traffic or motor vehicle laws and shall be deemed to satisfy electronically all physical acts required by a driver or operator of the vehicle.

If the automated driving system is considered the driver, it could cause simple traffic accidents to raise product defect claims. Manufacturers may become responsible for fender-benders and serious injury accidents because their programs, rather than the user, are to blame for the crash.

In the years to come, auto accident attorneys will be forced to enter the realm of product liability. Scientists and developers hope that driverless cars will reduce accidents, and in turn the need for litigation. But when those crashes do happen, auto accident lawyers will need to be ready and up to date on the latest legal theories.

At Sachs Waldman, we have extensive experience helping auto accident victims recover benefits from no-fault insurance providers. We can help you understand your rights after a car crash. Contact our Detroit personal injury law office at 1-800-638-6722.